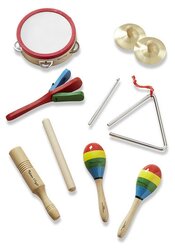 END_OF_DOCUMENT_TOKEN_TO_BE_REPLACED

The Micro-Ecological Life Support System Alternative (MELiSSA) is a European Space Agency initiative (ESA) with the aim to develop the technology for a future regenerative life support system for long term human space missions. Initiated in 1989, the design is inspired by a terrestrial ecosystem. Today MELiSSA is a consortium made up of 30 organisations across Europe.

This song is from the 'Eat a Peach" album and the first song the band did without Duane Allman, who died four months before it was released. The lyrics: "Crossroads, will you ever let him go" is.
Melissa McCarthy was born in Plainfield, Illinois, to Sandra and Michael McCarthy, and was raised on her family's corn and soybean farm. She began her performing career as a stand-up comedian in New York where she appeared at the famous clubs, Stand Up New York and The Improv.